On Thursday 11th January, we started 2018 in style by welcoming back our esteemed President, Dr Michael Scott, for his annual address. One of our newest Student Ambassadors, Daniel Hubbard (Runshaw College), gives us an insight into Sicily: Wonder of the Mediterranean… 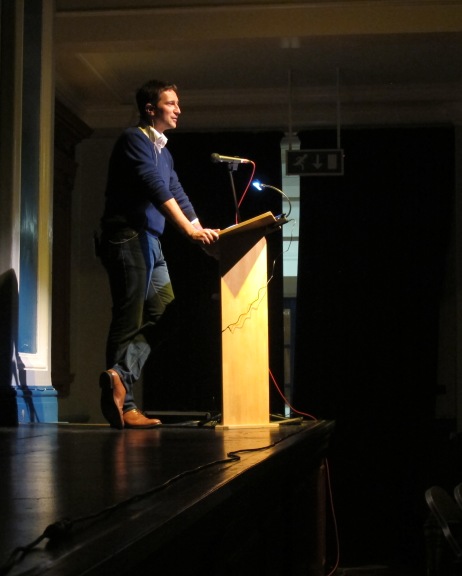 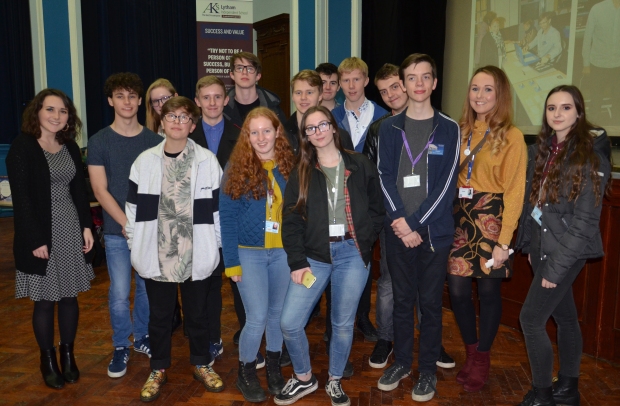 “Dr Scott’s excellent lecture explored the fascinating and multi-layered history of Sicily, as he opened the main part of his talk by saying that, in the Mediterranean, Sicily is the “key to everything”. In a verbal journey that covered everything from ninth century BC Phoenicians to twentieth century Mafiosos he certainly justified this statement well. Mysteriously enough, however, it turns out that even today we know very little about the original native population of Sicily, with our first records being of the Phoenicians who settled the island in the ninth century, founding colonies along the west coast of the island such as at Motya, many of which soon came to be dominated by the North African city state of Carthage. However even with these explorers we have few first-hand records and instead have to rely on Roman sources who tell tales of child sacrifice, which may in fact have been a real, if exaggerated, feature of their culture. Nonetheless, the Phoenicians were, we learnt, soon to be joined by the most famous of Sicily’s many inhabitants: the Greeks. 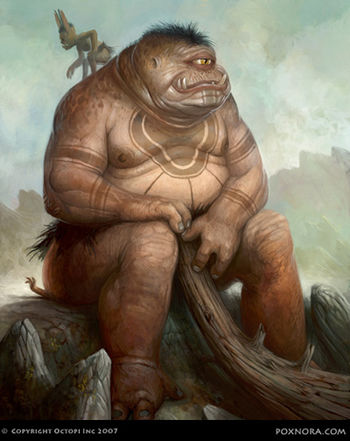 Not a Greek, but a legendary Cyclops!

As Dr Scott told us, Sicily had long been rumoured to be the home of great monsters like the giant Cyclops and the terrible whirlpool Charybdis. However, by 734 BC, the Greeks had established their first colony on the island at Naxos and over the following decades and centuries many more were set up across the island, with even colonies setting up their own colonies elsewhere on Sicily. Dr Scott informed us that these colonies quickly grew in wealth and splendour, and began influencing events back on the Greek mainland, with an estimated total of 10% of all offerings in mainland Greek sanctuaries coming from the island and southern Italy. In another cross over with my own studies, Dr Scott brought up two statues, the Delphi Charioteer and the Motya Charioteer which we look at in A Level Classics, with the former being a great bronze sculpture erected at Delphi commissioned by a tyrant of Sicily, and the latter a unique fusion of Greek and Phoenician designs. In fact, there was such a connection between the Greeks on Sicily and those on the mainland that the colony of Syracuse claimed that on the very day that the Athenians defeated the Persian fleet at Salamis, they crushed a Carthaginian invasion from the west, thus saving the Greek world from a threat just as deadly as the Persians. 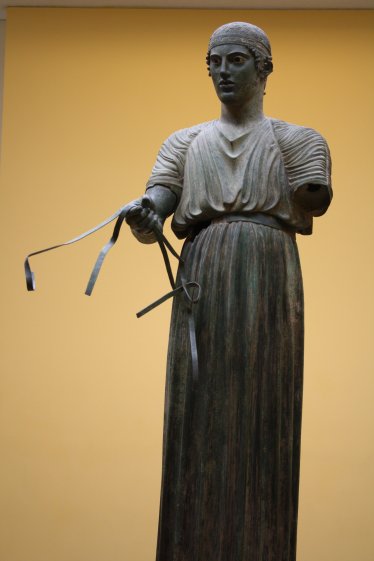 During the 3rd and 2nd Centuries BC, Sicily was, as Dr Scott put it, once again thrust back in to the limelight as the focal point of the Punic Wars between the Mediterranean superpowers of Carthage and Rome, with Rome coming out on top after three long and bitter wars. However, despite Roman expansion elsewhere, Dr Scott informed us that Sicily slowly became a backwater under Roman domination and despite some rather risqué mosaics, the five centuries of Roman rule were mostly uneventful on the island. Dr Scott also highlighted the rather intriguing fact that despite being Sicily’s most famous son, Archimedes who resisted the Roman invasion, only has one memorial in his home city of Syracuse. 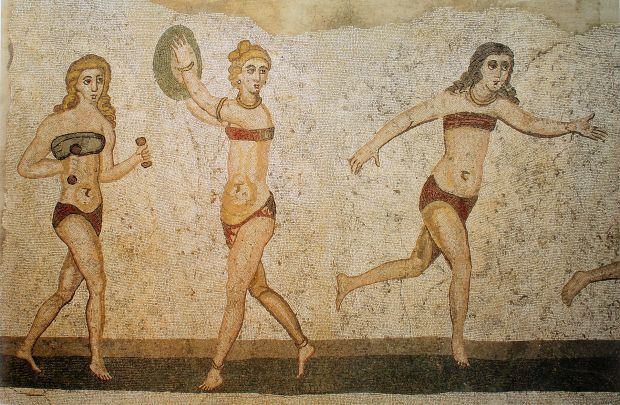 A rather risqué Sicilian mosaic!

However, by the 5th Century AD this peace was shattered with the invasion of Germanic tribes who sought to pick apart the decaying carcass of the Western Roman Empire, seizing Sicily mere decades before Rome itself collapsed. Their reign however, was to prove short-lived as the Byzantines, the eastern successors to the Romans, took back Sicily during their campaign to re-conquer the old empire during in 535 AD. One anecdote that Dr Scott highlighted in particular to do with this period was the fact that the Byzantine Emperor Constans II attempted to move the capital from Constantinople to Syracuse but was swiftly murdered by the people of the island for levelling exorbitant taxes on them to fund the move. The Byzantine rule was not to last though as Sicily experienced another one of its regular bouts of violence during the Moorish conquests of the island, which saw the development of the western section of Sicily and the cultural blossoming of Palermo.

The third and final one of the brief occupations of Sicily, the Arabs were pushed out by the Normans after three centuries of peace in an invasion that began in the 1060s. Dr Scott drew parallels between the Norman conquest of England and their invasion of Sicily, both of which saw the construction of huge castles and churches after the initial violence and cultural flowering. Under the Norman King Roger I, the Muslim administration and local rulers were mostly kept in place and Sicily (which was part of the same kingdom as Normans ruled southern Italy) became the third largest kingdom in Europe and one of the most prosperous. Despite their military prowess, the Normans, Dr Scott informed us, turned out to be mostly benevolent rulers with the second king of the island, Roger II, commissioning the creatively named “Book of Roger” in which all the knowledge of the world was to be written down and codified. In fact, Sicily in this period was going through a cosmopolitan era of peace and prosperity in this period of Christians, Jews and Muslims living side by side even as religious wars ravaged the wider Mediterranean. Yet during this period following the initial Norman occupation, Sicily gradually faded into the background of European politics, passing between the French and Spanish, under whom there was a very brutal inquisition in which thousands and were expelled from the island. Dr Scott did, however, point out that at this time a near namesake of his, the mathematician Michael Scotus, worked in the court of the Holy Roman Emperor, King Frederick II of Sicily! 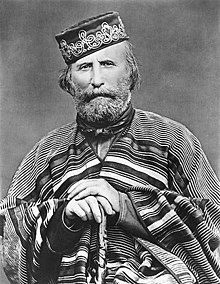 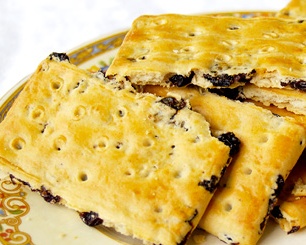 It was not until 1860 that Sicily was thrust back in to the global limelight when one Giuseppe Garibaldi, having served an admiral in the Uruguayan Navy, led the Expedition of the Thousand to liberate Sicily from the rule of the Bourbon dynasty and unite it with the soon to be formed kingdom of Italy. In this lightning campaign which pitted Garibaldi against Bourbon, the expedition ended up with Garibaldi’s victory and a plebiscite in which 400,000 Sicilians voted for Sicily to accept Vittorio Emmanuele as its king as part of a unified Italy with only just over 600 voting to remain with the status quo.

However, once again Sicily’s history remained relatively obscure to the rest of the world, marred by the destruction of the Allied invasion of the island in WW2 and the decades of Mafia violence which followed. Dr Scott also revealed the little-known fact that the Allies, in an attempt to undermine Mussolini’s regime, supported the Sicilian Mafia prior to the invasion and let them occupy important positions of power on the island, setting them up for decades of domination. Dr Scott remarked though that once again Sicily seems to have captured global attention with the recent refugee crisis where Sicily has been on the frontline with 10,000 refugees dying in the waters off Sicily between 2014 and 2016 in their desperate attempts to reach safety in Europe. On this topic Dr Scott concluded his lecture with a poignant message from the Mayor of Palermo who once tackled the mafia and is now trying to help resolve the current crisis: “Welcome has become our best guarantee of safety”.  ©DanHubbard

Just prior to the lecture, Dr Scott drew the prize for the winner of our Book Dig fundraising competition, where members were encouraged to donate classics books to be sold on our bookstall from which all the profits will go towards our Classics Competitions. The deserving winner was Student Ambassador Alex Melling who can now enjoy complimentary Afternoon Tea for Two at the Clifton Arms Hotel in Lytham. Well done to Alex and our gratitude extends to everyone who so generously donated heaps of books to help students take part in our speaking competitions! 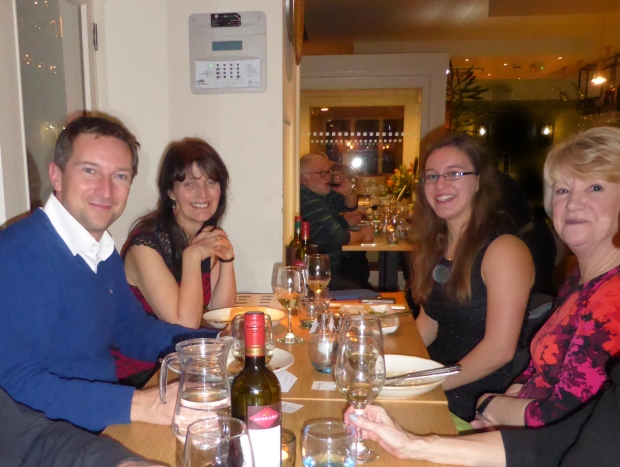 Committee members and volunteers at the top table

After some book signing and a quick chat with Dr Scott, it was time for 90 of the 270-strong audience to head to Lytham for a tasty Celebration Meal and lovely atmosphere at Ego Restaurant. It is always great for members to come together, celebrate the success of the last year and look forward to the next, whilst competing in the fiercely-contested Classics Quiz! This year’s winners were the students and teachers of Runshaw College, although there were 20 of them on one table… 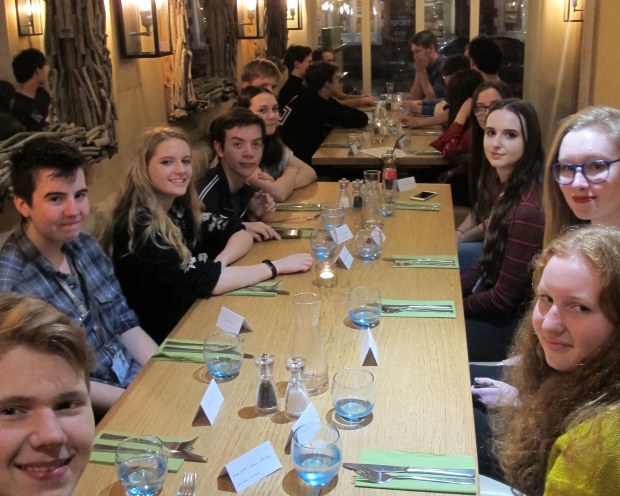 We would like to thank all the volunteers who worked so hard to make the event another great success, as well as AKS School for once again providing an excellent venue, and of course our President, without whom the evening would not be so special – Michael, we can’t wait to welcome you back in 2019!