On Thursday 29 September, Tristan Hughes, host of ‘The Ancients’ history podcast and author of the acclaimed ‘The Perdiccas Years, 323-320 BC: Alexander’s Successors at War’, delivered an impressive lecture highlighting the turbulent and violent years succeeding Alexander the Great’s death. Although I wasn’t lucky enough to be there in person, it was still fascinating to listen to how the vast and strong Empire under Alexander the Great declined in the power struggle between generals.

Hughes began by introducing us to Alexander the Great. From his own great exploits during his lifetime, to the mythical tales made about him in ‘‘Mediaeval best-sellers’’, to the current search for his tomb, he has remained a figure of intrigue throughout history. However, what interests Hughes the most about the Alexander story is the chaos that ensued after his unexpected and premature death, resulting in the contraction of his vast Empire. But before he explained this disorderly aftermath, he gave some context about how the Empire came to be what it was at the time of Alexander’s death in Babylon in 323 BCE and the last week of Alexander’s life. 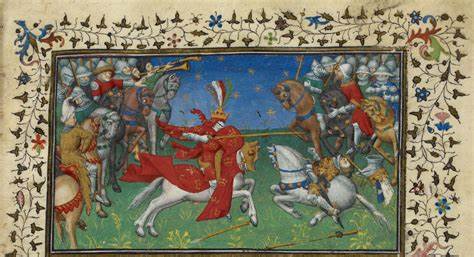 Alexander came to the Macedonian throne in 336 BCE. In the subsequent 13 years leading up to his death, Alexander managed to expand his Empire to the far East, conquering Hellespont in 334 BCE, the Achaemenid Empire in around 330 BCE and then Punjab, returning to Babylon, the ‘’epicentre of the Empire’’, with 100,000 soldiers comprised of Macedonian and Asian troops from the former Persian empire. Even at the time of Alexander’s death, he was still planning military campaigns; either in Arabia, or in Athens to calm civil unrest. With him in Babylon were his six-eight month pregnant wife, Roxana, and Arrhidaeus, his elder half brother, who had a condition that made him incapable of ruling without assistance (which will be important later). 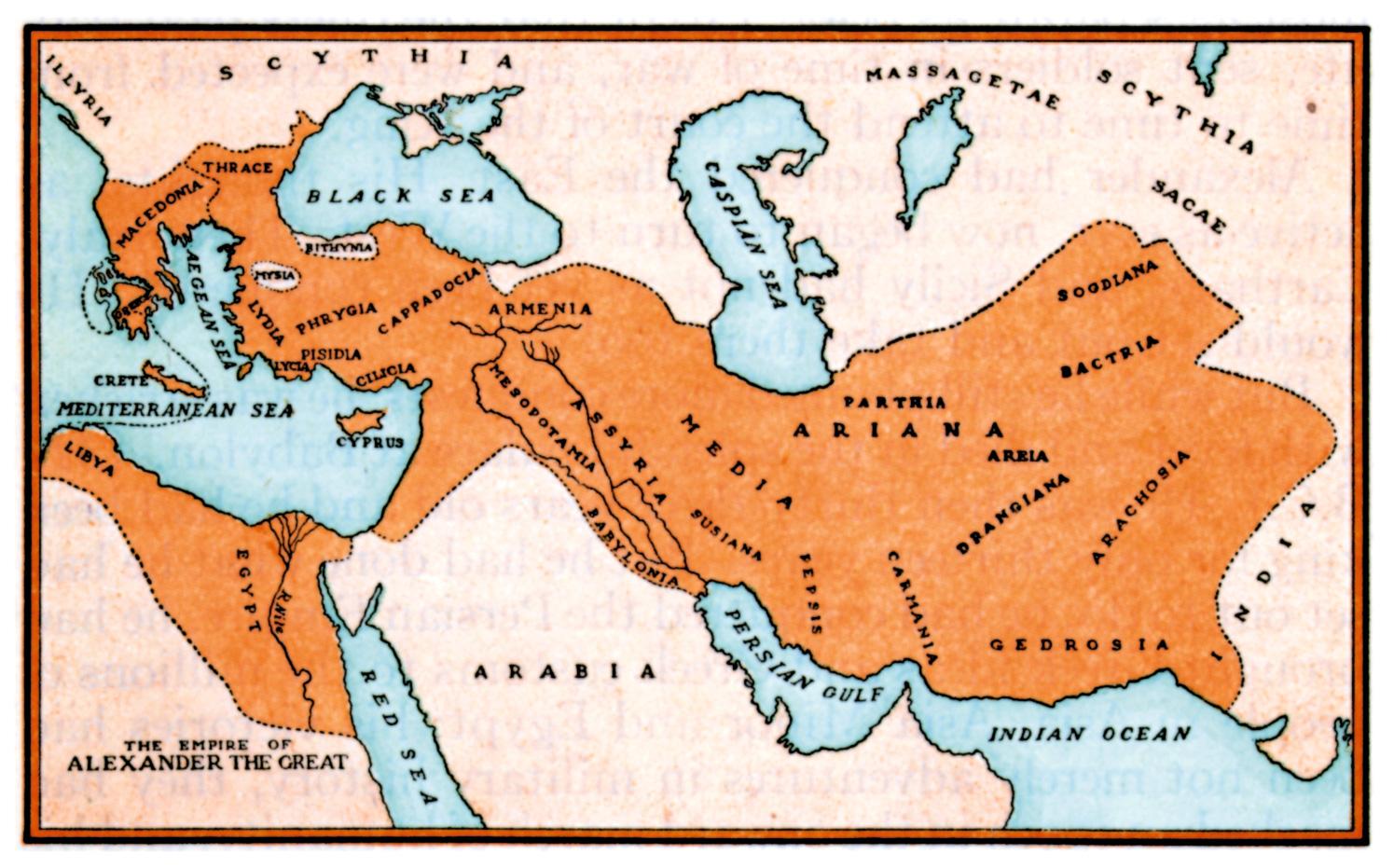 Hughes explained that royal journals written by Eumenes of Cardia (Alexander’s personal secretary) tell us that, in early June, Alexander developed a fever after attending a dinner party. He managed to function as ruler for a few days but suddenly his condition started to quickly worsen, confining him to his bed. A few days later, he died, surrounded by his generals. It is suspected that he died of typhoid, pneumonia, malaria, or perhaps a combination of factors which exacerbated his illness such as excessive drinking, grief for his lover Hephaestion, or his war wounds (Hughes reported that Alexander once suffered an arrow to the lung). Although it is impossible to be certain of a cause of death, Hughes placed emphasis on the fact that he was not poisoned, and that this was just a later fabrication.

After setting the scene, Hughes didn’t hesitate to get into the chaos of the initial aftermath of Alexander’s death. Leaving no heir, he explained, posed a problem. To resolve this issue, a conclave was held between the generals, which soon became interrupted by barging Macedonian soldiers who wanted to be a part of this decision making. Now a public assembly between generals and soldiers, a series of unsuccessful proposals of successors were made. The soldiers proposed Arrhidaeus, which was not a popular decision amongst the generals. This led to physical combat between the two only days after Alexander’s death. Ultimately, a seeming compromise and reconciliation was reached: Arrhidaeus would be King with Perdiccas in a key role under him, along with Meleager.

However, Hughes explained that this compromise was not long lasting. In a ceremony near Babylon came the ‘’official purification of the Macedonian army’’. In other words, all those seen as a threat by Perdiccas, such as Meleager’s lackeys, were placed in a large plain and elephants trampled them to death. Meleager too was assassinated. The crisis in Babylon was over, but as we found out later, this was only the beginning of a series of violence and unrest in the Empire.

Hughes went on to explain that the generals (Perdiccas, Ptolemy, Laomedon etc) began to divide the empire, each of them governors, or satraps, of their own regions, or satrapies, along with other subordinates (see image below). Importantly, Ptolemy received, or rather demanded, Egypt. Perdiccas however doesn’t receive a region as he has a better position; the position of Regent. Hughes highlighted that we must remember that King Arrhidaeus cannot rule alone, so Perdiccas, now with Meleager removed, has a lot of influence over him, and is more powerful than the other generals who not long ago were his equals. 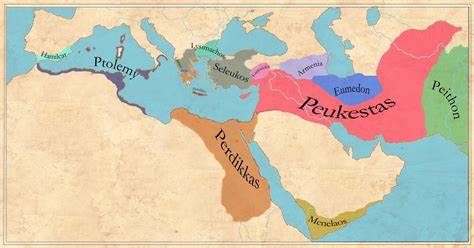 Hughes then introduced us to some new external issues in the post-Alexander empire. Revolts started in many satrapies. Peithon, for example, had to crush a revolt in 323-322 BCE led by 23,000 veteran soldiers who wanted to return to Greece. Eumenes, too, fought against an army of 50,000 – 60,000 soldiers led by an Iranian warlord, Ariarathes, in 322-321 BCE in a great battle. The empire was under attack and losing stability. The biggest revolt was in Athens by Macedonian soldiers against Alexander’s successors, which took a whole year to conquer.

However, there were also internal conflicts between the generals themselves. Hughes describes each general as a ‘’mini Alexander’’, each gaining great reputations by embodying his style of leadership; charisma, fighting alongside their soldiers and leading them into battle on the first lines. Hughes points out that a significant cause of the strife between them was that none of them were willing to serve under someone they viewed as their equal or even their inferior, i.e the other generals. But under Alexander, they all respected his authority. This was something that contributed to later conflict, especially between Perdiccas and Ptolemy.

Hughes also talked about the royal women involved in the aftermath of Alexander’s death, namely Olympias, Alexander’s mother, and Cleopatra (but not that Cleopatra). He strongly dismissed the view that the reason these women took action during this aftermath period was to gain power. Instead, he argued that they wanted to gain a position of safety, as they had a blood link to Alexander and were thereby in a position vulnerable to the use of generals for either forced marriage or slavery. Olympias had plans to try to marry Cleopatra to Perdiccas, in which case they would have gained secure positions, and Perdiccas another link to Alexander and therefore more legitimate, but this marriage alliance never happened.

Hughes then detailed the growing tension between Perdiccas and Ptolemy after a series of defiances from Ptolemy towards King Arrhidaeus (essentially Perdiccas): he started to build an army, increase his defences, and expand his power in west Africa. Perdiccas also asserted his power after some victories in battle, and expanded west from Babylon, cementing himself in Anatolia, (modern day Turkey), in 321 BCE. At this point, the animosity between them had reached its apogee, and war, according to Hughes, was only a matter of time. However, at the same time, the extraordinary carriage of Alexander the Great had finally been finished, and it was time to bury Alexander. 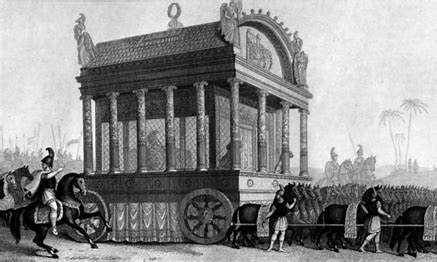 Although the carriage itself was so large that 64 mules were needed to pull it, more important was the body of Alexander. His body, we were told, was a ‘’talismanic symbol of Empire’’, and whoever holds this symbol, his body, would have great authority and legitimacy as a ruler. Therefore, Perdiccas and Ptolemy, for their own imperial ends, wanted Alexander’s body to be buried closer to their own regions; Babylon and Egypt respectively. If Alexander had chosen to be buried at Pela in Macedon at the royal tombs in which his family was buried, then what follows may not have happened. Instead, Alexander chose to be buried at Siwa. This was because he had ventured there in 332-331 BCE on his way to Egypt and saw the Oracle of Amun (the Libyan Zeus). 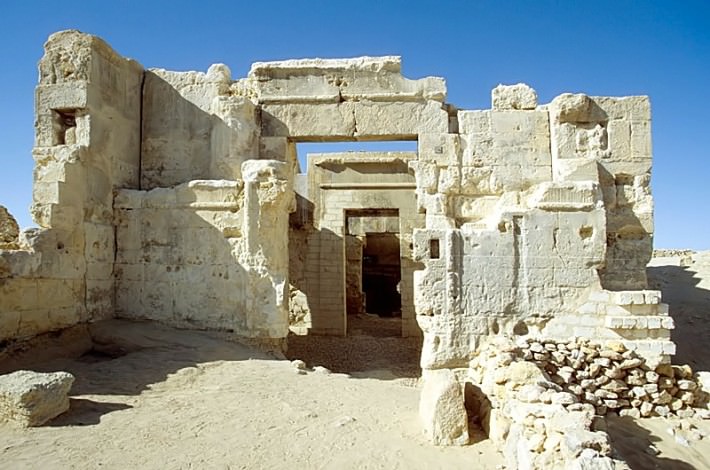 After visiting the priest, he came out and said that he got everything he wanted, which some may interpret as confirmation that he was the son of Amun. Therefore, this place held great personal significance to him. However, Perdiccas was adamant that Alexander not be buried at Siwa because the closest figure of importance to Siwa was Ptolemy, meaning Ptolemy would gain legitimate power with which he could threaten Perdiccas. So, Perdiccas planned to take the carriage to Babylon, where he could then oversee the burial at the royal tombs at Macedon, which would legitimise his power, as would his marriage to Cleopatra.

What happened, though, Hughes described as ‘’the greatest heist in history’’. Ptolemy colluded with the head escort of the carriage, bribing him to divert the carriage south along the east Mediterranean coastline once it had reached Syria, instead of its planned route north to Babylon. Although it was no doubt a great heist, it was a very slow one (remember, 64 mules were pulling it, and they don’t move particularly quickly!). This gave Perdiccas chance to send a relief force to hurry after it. But once they reached Damascus, they met a force sent by Ptolemy, and were overpowered. Ptolemy proceeded to bury Alexander in 321-320 BCE in Memphis.

Once Perdiccas and his army reached Pelusium, they attempted to cross the Nile but couldn’t because Ptolemy had sent forces there. Instead, they went down the eastern branch of the Nile until they reached Memphis. However, here, the Nile is deeper and the currents are stronger, which posed a difficulty for crossing. His goal was to reach an island on the river, but the current was too fast flowing for his army so he placed his elephants up the river, and his horses down the river, in order to reduce the speed of the current, and the horses caught any men who lost their footing as they crossed. It worked, and a few thousand reached the island! However, disaster wasn’t far away. All of the men’s moving feet and elephants hooves shifted the soil under the water, making the river deeper and the current faster: the river was no longer crossable. 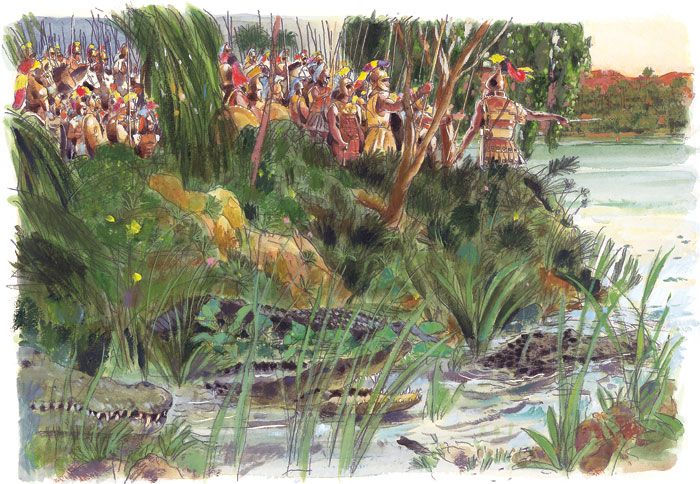 To make matters worse, Perdiccas saw a cloud of dust approaching and mistook it for Ptolemy’s army, and ordered his men to return from the island. Upon doing so, most either drowned or were eaten alive by crocodiles. Drowning or getting mauled to death by a crocodile is pretty bad, but matters worsened as a general is supposed to oversee the burial of his army, and it was now impossible to carry out the necessary burial rites that would allow the deceased to get into the afterlife. In anger, his remaining soldiers shifted their loyalties and abandoned him. So, Alexander’s body remained in Egypt, Ptolemy gained power and showed loyalty to Arrhidaeus after Perdiccas’ assassination, making temples for him in Egypt at Luxor that you can still see today.

Hughes concluded his very informative lecture by recounting one of his own trips to Saaqara, near Memphis, to see the Philosopher’s Circle, a place he thinks is likely to be the site of Alexander the Great’s tomb! The reason he thinks this is because there in the Egyptian sanctuary are Greek-looking statues of prominent Greek figures which Alexander himself admired, like Pinder, whose house is the only one he didn’t burn down when sacking Thebes in 335 BCE. More evidence to suggest that Alexander could be buried here is that in an excavation, statues of hellenistic lions and peacocks were found, animals which were rarely found in Egypt, but Alexander was a fan of them both.

Many thanks to Tristan for his fascinating lecture about an interesting yet often overlooked period of the Empire, and for taking us on a journey through the chaotic times following Alexander’s death, and briefly on a current search for his tomb!