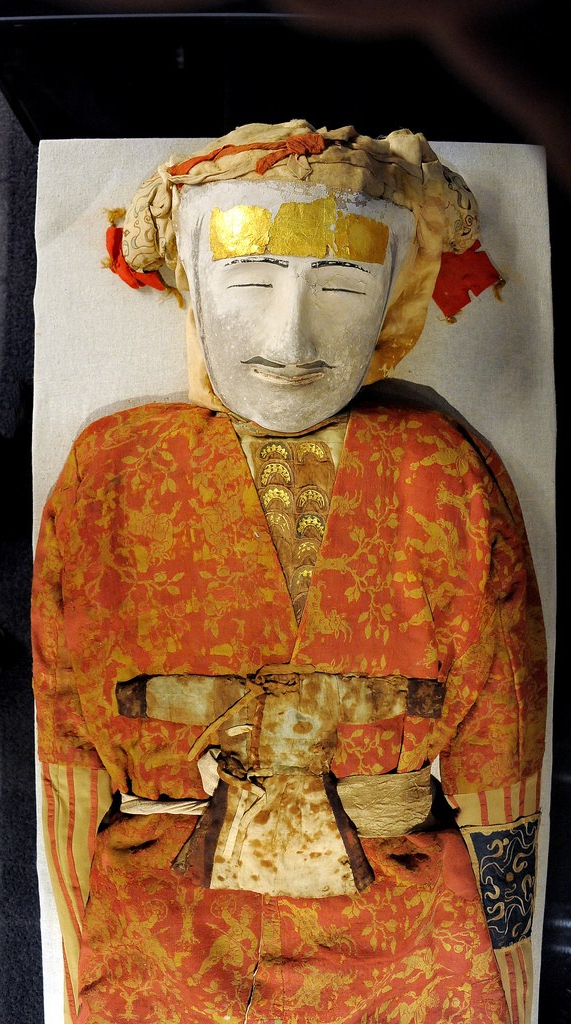 The woolen caftan, for example, is a masterpiece in double-weave. It portrays a small army of little golden Greco-Roman putti (who resemble cherubim) and sacrificial bulls on a red background. Textile expert Elizabeth Barber, a professor emerita from Occidental College in Los Angeles, believes that weavers in the Eastern Roman Empire made the caftan, then traded it eastward into the Tarim Basin. And so much did Yingpan Man love his clothes that mourners even laid a miniature extra set on his chest, so that he could change in the next world.