Over the last few months, young students around the UK have been thinking about the locations in the ancient world that fascinate them the most and their conclusions, first presented to teachers and then judged by the LSA CA Committee, were revealed to members, guests and visitors at our Junior and Senior Classics Competition Finals this March.

Read on to learn about the places they chose and the students who were crowned the winners! 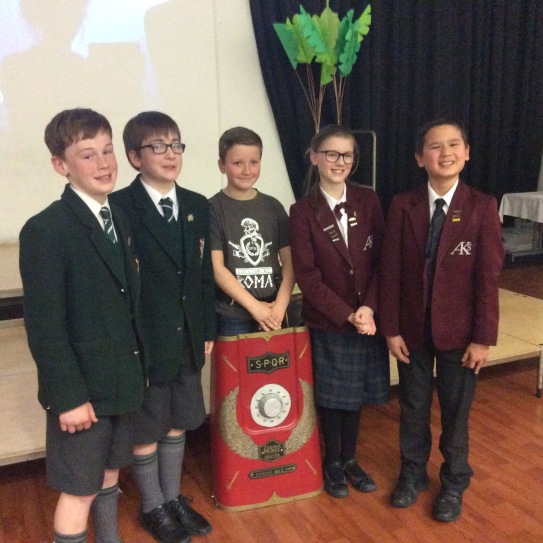 Five finalists from years 5-6 were tasked with answering the question ‘if you could travel back in time to the ancient world, where would you go?’ and, between them, they travelled through hundreds of years of ancient history and journeyed from Sicily to Rome and on to Greece. Our Competition Patron, Caroline Lawrence, the author of the Roman Mysteries series, watched all the presentations and offered her generous and helpful feedback to these budding young classicists: 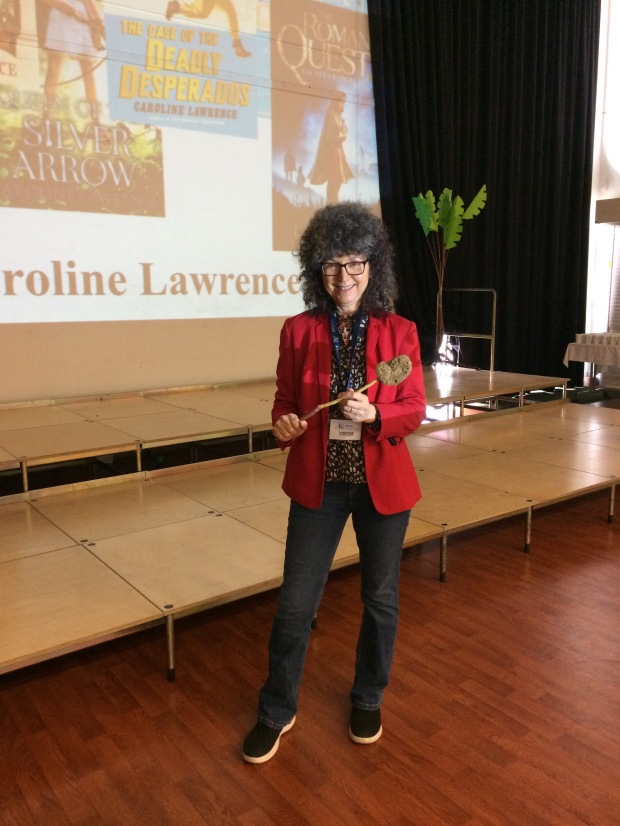 Patron and Judge Caroline Lawrence all ready for the Final, equipped with her sponge-stick!

First up, Oliver Hinds from St Mary’s Hall, Stonyhurst, gave an excellent, well-illustrated and presented talk on Syracuse in the time of Archimedes, explaining why he would like to go to back to the famous inventor’s house to see the plans and prototypes of his famous inventions, such as the Screw and the Claw.

Next, Josh Nickeas from Mayfield Primary School took us back to when he himself visited Ostia – the port of Rome and home to Flavia Gemina and the other protagonists of the Roman Mysteries – and he really brought this enthralling place to life. Complete with his own Roman sword and shield, Josh was a great speaker and displayed a great sense of humour as well!

Then, James Wager, also representing St Mary’s Hall, Stonyhurst, wanted to travel back to AD 80 and the construction of Rome’s famous Colosseum. A confident and engaging speaker, James’ talk was packed full of knowledge as he showed off his extensive research and his own obvious enthusiasm for ancient history.

Jessica Addy of AKS Junior School moved the focus towards Greece with her presentation on the theatre of Epidaurus and her lively, confident and well-researched talk really made us want to go back to see the tragedies of Aeschylus or comedies of Aristophanes being performed live!

Finally, from AKS Junior School, Jonah Crouch also chose the time frame of AD 80-81 but he had a different focus from James, wishing that he could have entered the imperial palace to see just how the Emperor Titus met his demise! Jonah’s dramatic and polished style made his crime-scene investigation very engaging. 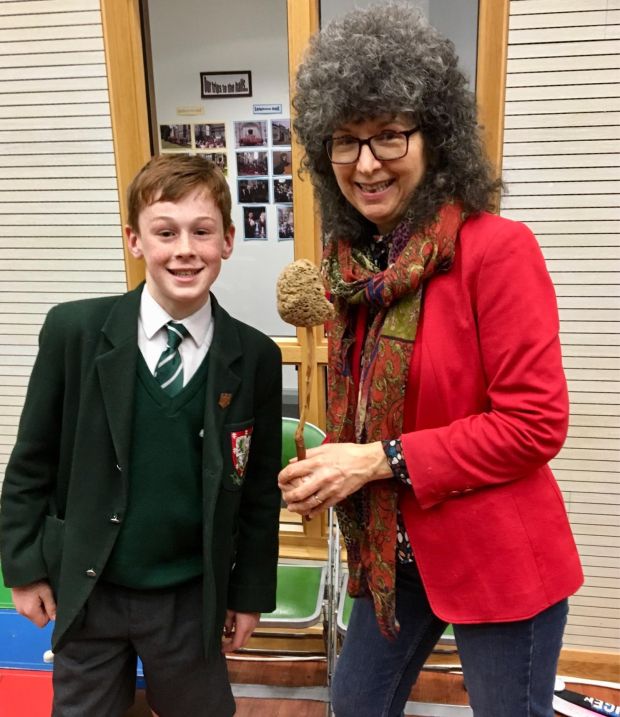 Caroline had a very difficult decision to make but she gave all the finalists her congratulations as well as some excellent feedback, as Oliver was crowned the winner for his very accomplished talk! We look forward to seeing more great work from all of these budding classicists. 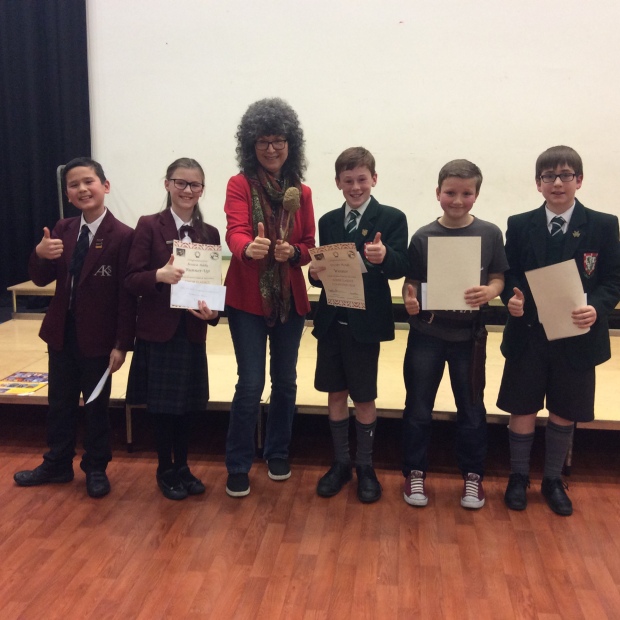 One week later and the stage was set for the Senior Competition. Extended nationwide this year, entrants from all over the country and as far away as Essex and Plymouth had sent in videos of their presentations and four were then selected for the Final. Dr Fiona Hobden, a senior lecturer and historian from the University of Liverpool, very kindly came to judge the finalists and their excellent work. 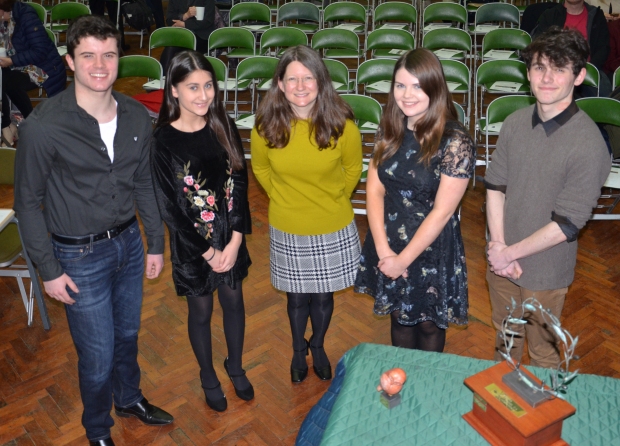 Mason Forrest (Kirkham Grammar School), a former finalist from 2016, opened the evening by taking the audience on a gripping and, at times, hair-raising trip through the Underworld as he conveyed both the dread anticipation and the potential rewards of the afterlife  – cleverly suggesting that this really was the most important location in the ancient world because it was the only place, however real or imagined, that everyone believed they would visit at some point! His talk showed great maturity and considered thought. 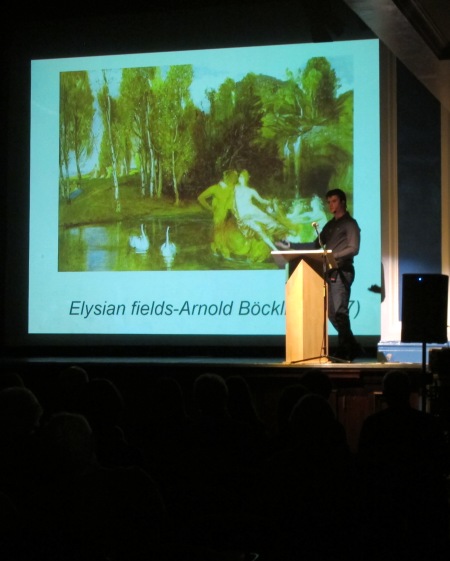 Liv Sample (Bolton School), the youngest finalist, then kept us firmly above ground as she investigated the dramatic and bloody, political history of the Roman Forum by tracing its development from the time of the kings, through the republic, into the principate and on until its excavation in the eighteenth century when cattle grazed on the area which had once held the famous Rostra, the Curia and the place of Caesar’s murder in 44 BC. Liv’s talk, infused with humour and a host of evidence, was very well delivered and researched. 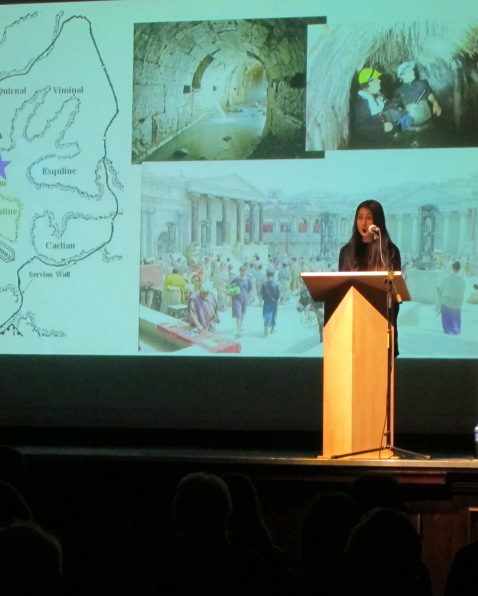 Megan Maguire (Runshaw College) cleverly began her talk by using quotes from Trip Advisor to show how some visitors to Ephesus have been disappointed in their visits but she then went on to prove just why it is one of the most fascinating sites, having survived thousands of years of bloodshed, natural disaster, and turbulent politics to remain a place of cultural and architectural interest (and a haven for its native cats!). Megan’s talk on Ephesus was incredibly comprehensive and articulate and a real testament to her research and presentation skills. 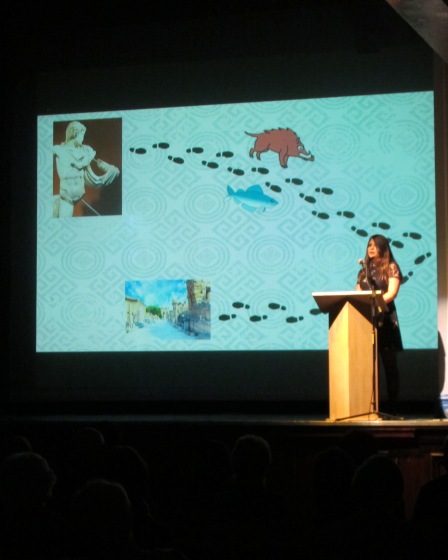 And finally, James Fa (Blackpool Sixth Form College) burst onto the stage with great energy and enthusiasm and shared why he believed that Babylon was such a fascinating place and a breeding-ground for cultural and intellectual innovation. James also combined humour in his presentation with more profound and original thoughts about the paradoxical impact of war upon this great city. 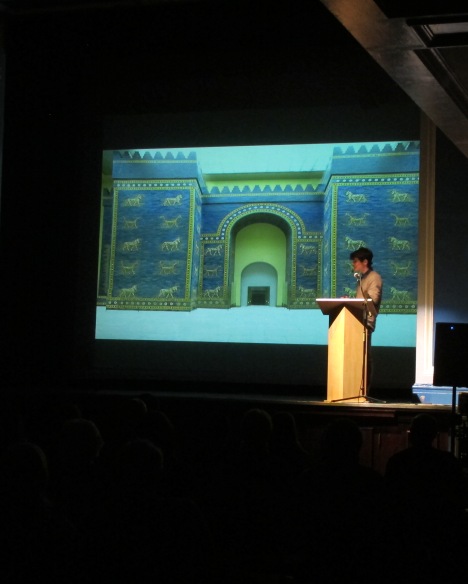 Dr Hobden had an unenviable job and she was generous with her feedback before making her difficult decision. Megan Maguire was crowned the overall winner of the Lytham St Annes CA Classics Competition 2018 for her stunning work on Ephesus – her ability to speak so knowledgeably for 13 minutes without notes was particularly impressive! 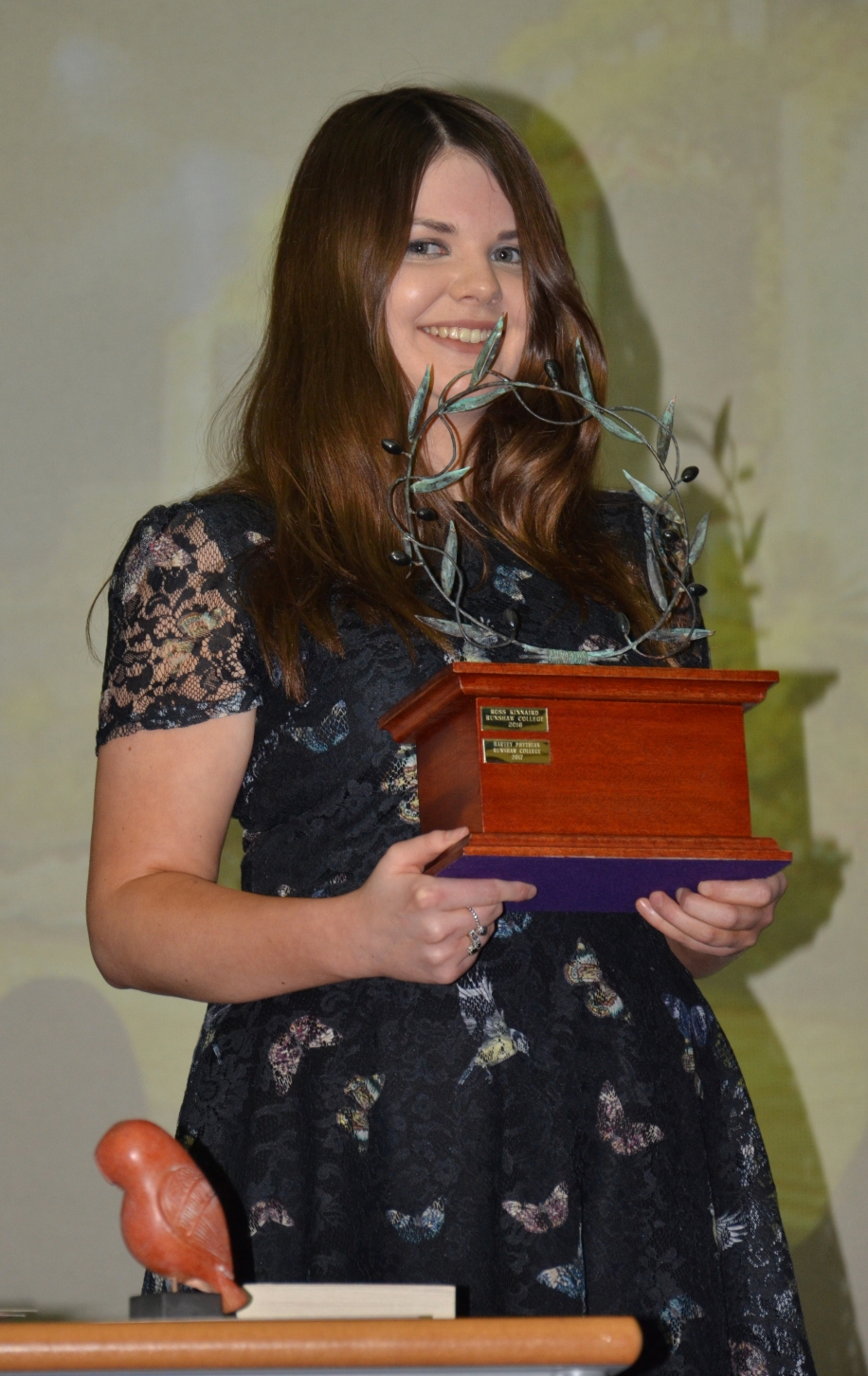 Huge congratulations to everyone who took part in this year’s competitions, aged 8-18,  for entertaining and educating us all so well. Once again, a massive thank you to our inspirational judges, Caroline Lawrence and Dr Fiona Hobden, for their encouragement which really helps to motivate this next generation of classicists. Thank you to the members who came to support the finalists and were treated to a really high standard of talks, and to the Classical Association, without whose generous support we would not have been able to hold both competitions. 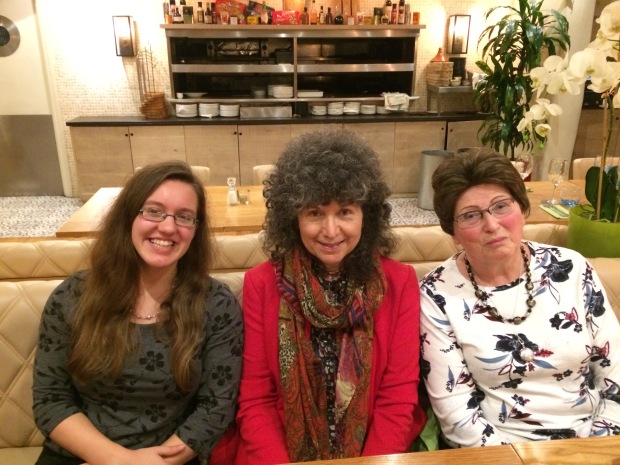 We are looking forward to seeing you all for the final lecture of this season: Thursday 12th April at 7pm with archaeologist Mary-Ann Ochota. Do follow us on social media @lsaclassics to keep updated!

Plato and Us: The Ethics of Community