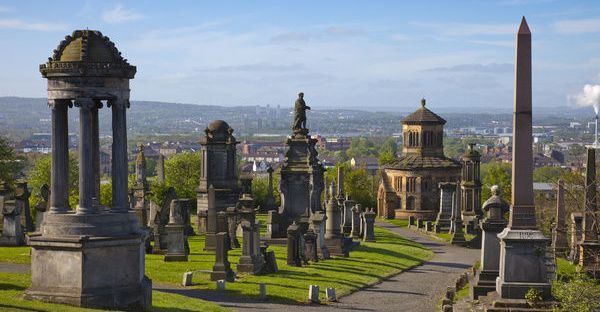 For some people it’s body-surfing on the Cornish coast or a family outing to Alton Towers. For us, this summer was an opportunity to explore some highlights of Scotland including the Necropolis in Glasgow. Created in 1833, it was amongst the first of the great British cemeteries and emulated the hygienic and tasteful burying grounds of classical Greece and Rome.

The word ‘Necropolis’ derives from the Ancient Greek meaning ‘city of the dead’. This neoclassical title was chosen to distinguish it from the Christian cemeteries of the period. Its purpose was to provide a landscaped garden with architectural tombs for visitors’ contemplation and moral elevation.

The site is linked to the cathedral by a bridge which originally crossed a burn, now conducted through a pipe.  In the early days of the Necropolis, the bridge may have reminded Christians of the crossing of the River Jordan from the wilderness to the Promised Land.  For others it would have recalled the River Styx of Greek mythology, flowing between this world and Hades, the underworld. Either way it was certainly intended to be a physical and metaphorical link between the world of the living and that of the eternal dead. 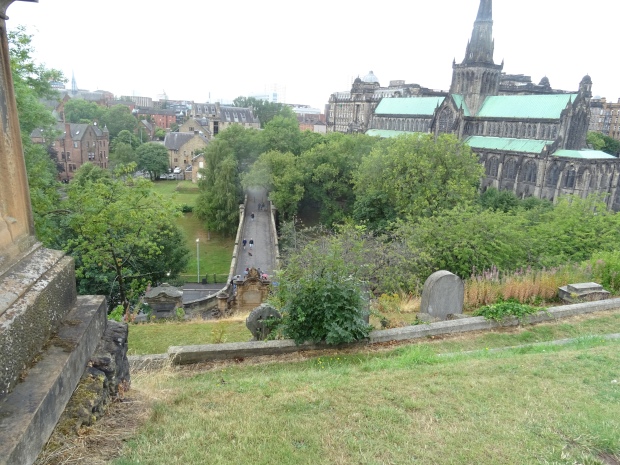 Within its 37 acres 50,000 people, most of them ordinary folk, rest in peace.  The designs of the many memorials to rich and influential Victorian Glaswegians had to be approved by the founding committee with the most significant monuments being placed in the most prominent positions overlooking the city.

Designs had to be of architectural value from purest Greek to Moresque mausoleum with a move away from the traditions of the established church. Some are direct copies of tombs from antiquity: one is based on the Tower of the Winds at the Roman Agora in Athens; another is a close copy of Athens’ Choragic Monument of Lysicrates. There are Greek Doric and Roman temples, Egyptian vaults and three close copies of the tomb of Scipio Barbatus (the Roman General who defeated the Etruscans) in the form of an altar table, the original of which can still be seen in the Vatican Museum in Rome.

Classical symbolism was often chosen to complement the architecture. In one of the mausolea pictured here is a row of inverted laurel wreaths, signalling death in ancient Greece, as opposed to victory. Another common symbol is the Roman torch, facing downwards to signal death, but with a flame to indicate life after death. Draped urns feature on a number of the memorials, often denoting the death of an older person or the departure of the soul from the shroud. The Ouroboros is depicted on this grave memorial, the ancient Egyptian snake eating its own tail to signify immortality. 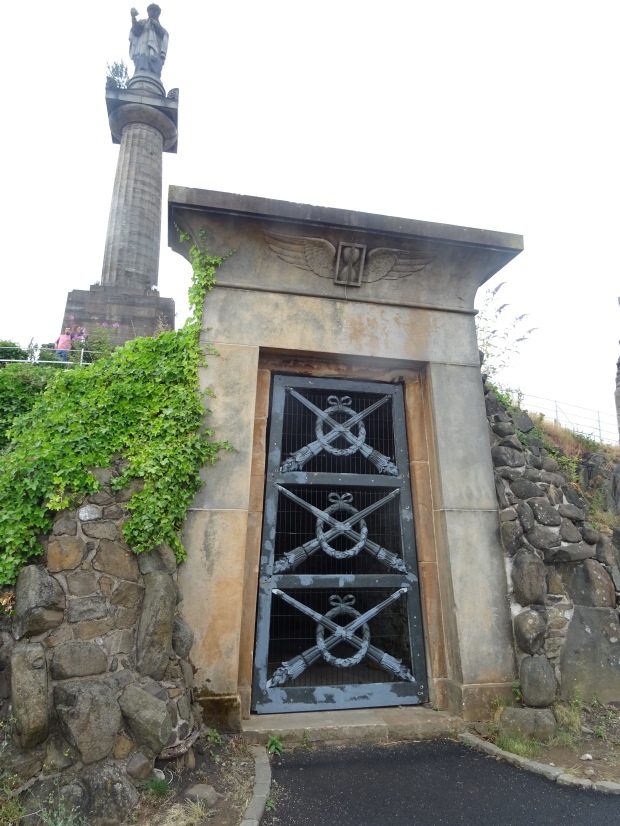 Reverent enthusiasts could easily pass a day exploring the site, or you could join one of the historic tours on certain dates. I enjoyed reading Ronnie Scott’s book ‘Death by Design’ which unearths the stories of the people who shaped the city of Glasgow and who are now commemorated in the Necropolis.

However imposing and extravagant many of their monuments may be, some are now sadly damaged and tangled with weeds, leaving an impression of futile vanity. The aims of the Necropolis were noble, its legacy is impressive, but a simple gravestone with a Christian verse still holds more power to move my soul.